All eyes on Romania: democracy's improbable beacon of hope

All eyes on Romania: democracy's improbable beacon of hope 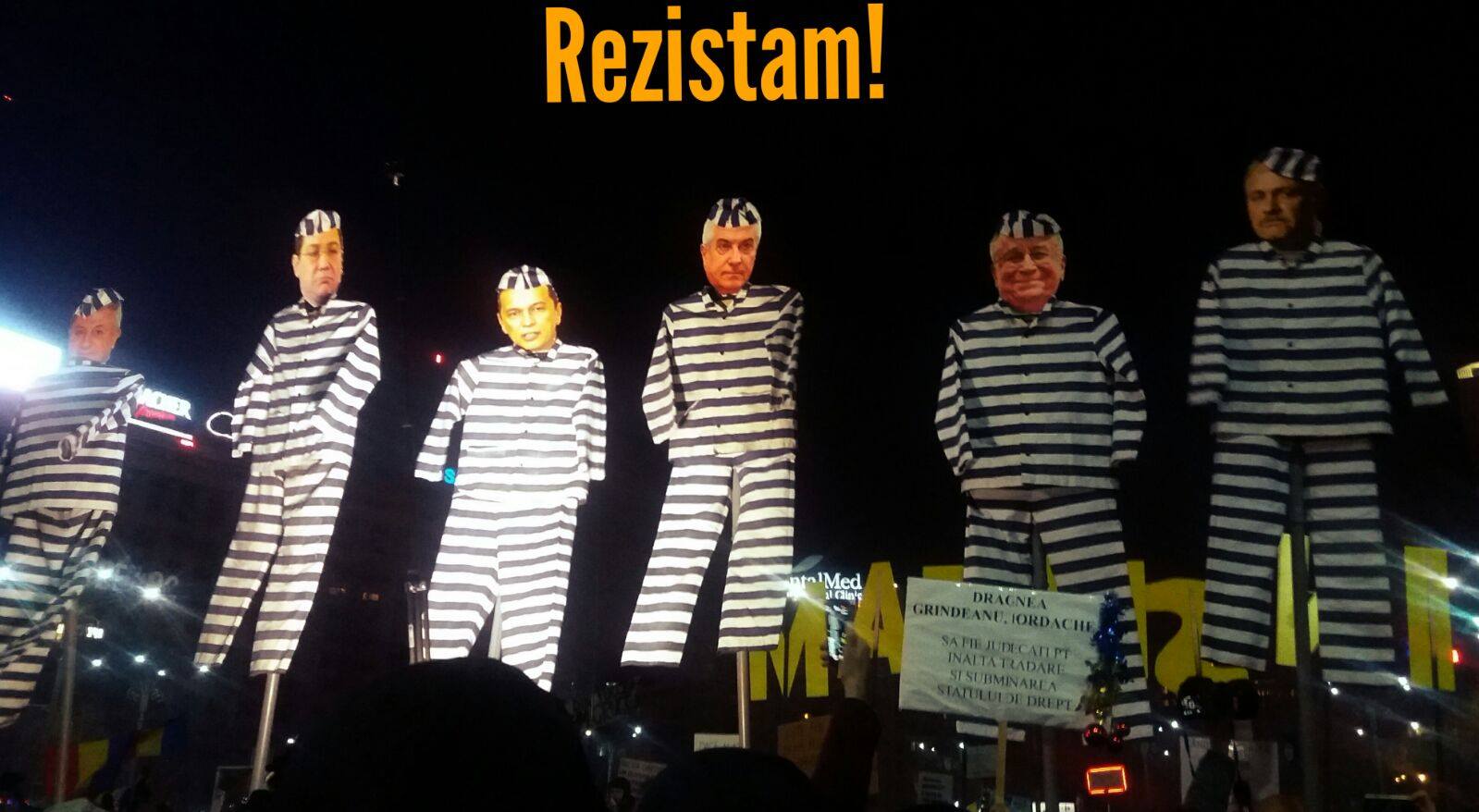 Democracy is under attack in many parts of the world today. Economic hardship, growing inequality, youth unemployment, and widespread corruption have led to sweeping disillusionment with politics as usual. The growing gap between regular citizens and politicians has unleashed the dangerous forces of populism, xenophobia, and isolationism, even in established democracies. In this grim global context, Romania offers a surprising glimmer of hope.

Over the last four days, the world has witnessed Romania’s largest protests since the 1989 Revolution. For the hundreds of thousands of Romanians in the streets of Bucharest, all across the country, and in the diaspora, this protest is a matter of principle and started as a spontaneous reaction to the current government’s abusive attempt to roll back the fight against corruption. On January 31, in the dead of night, the social-democratic cabinet passed an emergency ordinance that decriminalizes abuse of power for a range of instances, including for all damages of up to 200,000 lei (roughly 45,000 EUR). Other measures include reducing prison sentences and weakening provisions around conflicts of interest and whistleblowing. Among the beneficiaries are top leaders of the ruling party currently under investigation and numerous local politicians already serving time. The blatant injustice of the ordinance and the government’s dismissive attitude toward the public outcry have struck a chord with ordinary Romanians, who have pledged to protest every night until justice is restored.

Romania has struggled with endemic corruption for the past 27 years. A failed break with the Communist past created in the early 1990s an intricate web of corrupt politicians and businessmen, tied in bungled privatizations and flawed public procurement procedures. Corruption became an inescapable and painful reality in the daily lives of Romanians, who were forced to pay bribes to access basic public services. The situation started improving as Romania began seeking EU membership, a national goal with huge support among the public. This allowed Brussels to pressure Romanian politicians into tying their own hands by conditioning accession on the adoption of critical anticorruption reforms. This led to the creation and development of the country’s anticorruption bodies, most prominently the National Anticorruption Department (DNA). Recent years have shown Romanians that nobody is above the law – numerous politicians, including prime ministers, ministers, MPs, and local officials have been tried and some have been convicted. All this has required significant effort from prosecutors and judges, in a hostile political environment often seeking to influence their decisions. It is no surprise that the government’s current attempt to reverse these hard-fought reforms has generated so much frustration.

Beyond all the disappointment with politicians, however, the Romanian protests are about principles and renewed hope in a better future. People are standing up in tremendous numbers for justice, democracy, and the rule of law. As an active participant to the daily protests, I witnessed firsthand the positive energy, decency, and sense of civic duty that spring from these demonstrations. People are firm and exceptionally resilient in the face of below-zero temperatures, but also extremely peaceful. For example, on the first night of the protest, a few hooligans tried to provoke the police and were immediately isolated by the crowd. The next night protesters handed flowers to the police and frequently chanted “say no to violence” (fără violență).

Importantly, Romanians are more dedicated than ever before to fighting corruption and ensuring a free democracy. Nobody is calling for the country to exit the EU, get closer to Russia, or give up on its commitment to democratic values. This is critical in a region where many countries, including most of Romania’s immediate neighbors, have been warming up to the Kremlin and even openly militating for “illiberal democracy”, a phrase dear to Hungary’s Prime Minister Viktor Orbán. Romanians are among the most passionate enthusiasts for more integration because they have seen the benefits of belonging to the European community. Real GDP growth is among the fastest in the EU, with over 70% of exports going to the common market. Eurobarometers, surveys done at the EU level, consistently show that Romanians also appreciate Brussels’ positive effect on the country’s democratization and anticorruption struggle.

Critics of the protests claim that the people are overreacting to political manipulation by opposition parties and note that the ordinance is needed to align current legislation with Constitutional Court rulings. Several TV stations have adopted this message, sparking debates about journalism ethics in what often feels, in Romania and beyond, like an Orwellian reality. The facts around the government’s ordinance and its consequences are, however, too obvious to deny. Nobody can show how the people of Romania will actually benefit from this measure and nobody can explain why the government suddenly decided to prioritize this issue on the public agenda. Credible voices like the general prosecutor of Romania, the chief prosecutor of the DNA, the European Commission, and the Embassies of the US, France, Germany, Canada, and the Netherlands have all spoken strongly against the ordinance and the method by which it was passed.

Whether Romania can shine as a beacon of hope for democracy in Europe and beyond depends on how the current crisis will be resolved. The clock is ticking: the emergency ordinance’s provisions come into full effect on February 11 at midnight. So far, the government has vowed to keep pushing ahead with the changes, but there are also cracks in the system, with multiple resignations from the ruling party in recent days. The biggest protests are expected on Sunday and the general mood remains optimistic. The National Anthem, dating from 1848, calls onto Romanians to awaken and build together a better future. This may have just happened and the world should be watching closely: a victory for democracy in Romania will be a victory for democracy in Europe and around the world.