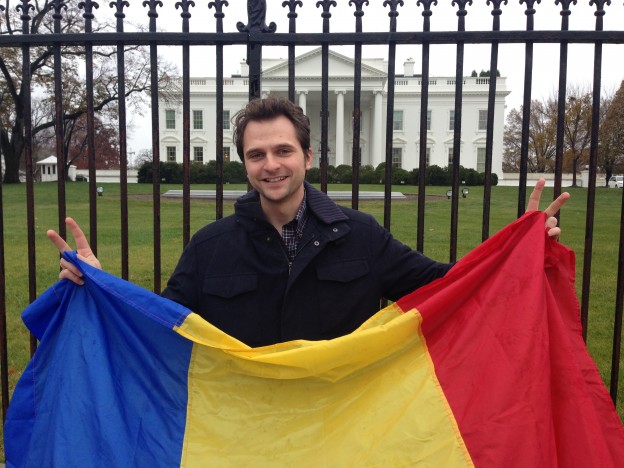 Here we are again. Today Romanians across the country will vote for mayors and local/county council members. Or will they? And if they do, will they be disappointed once again? Take it from someone who's been on the campaign trail for the past month and involved in over 300 visits at the local level for the past 3+ years.

It's not easy to get people to get out and vote. Democracy is in peril in Romania, as it is in all countries around the world where systemic, rampant corruption has badly eroded the legitimacy of the political system. How bad? To a point where people simply say what Mr. Stelică told me in Schela Cladovei, one of the poorest neighborhoods in Romania, just the other day: "It's over. We're done. Nothing can change in this country for the better. We don't trust anyone seeking our vote. We've given up."

These could be the words of so many citizens around Romania, in cities and villages alike. People are fed up with everything related to politics. And they won't even buy the old saying: "if you don't do politics, politics will do you." That's precisely what's happening in Romania today, a country where the most recent scandal is simply this: a journalist discovered that disinfectants used in hospitals all around Romania have been diluted as part of a complex -- and still to be uncovered -- bribing scheme. Yes, you sure read it right the first time. And yes, I know this is 2016 and we're talking about a country that is an EU member. This is just the tip of the iceberg. And there's so many wrong things about this story.

The stakes in these local elections seem minor, but in fact I would argue that the future of the country -- and probably the future of the region -- depends on their outcome. For one, the people we elect today will define how our communities will look like for the next four years: will Romania continue to struggle with corruption and incompetence, or will it choose a new paradigm of accelerated development and leapfrogging to close the development gap vs. the EU? The choice is ours.

There is a saying around here: we deserve the "leaders" we elect. And unlike in some previous elections, this time we actually may have a choice that's not the proverbial "lesser of two evils." There are promising signs that young people, untainted by the corruption and incompetence of the past 26 years, are boldly choosing to step into the political arena and run for public office. Especially if they win, and some of the will surely win, I hope they remember what Professor Steve Jarding used to tell us at HKS: "public service is not about those who serve, it is about those who would be served."

Of course, there's shades of gray even within this cohort of new, anti-establishment parties. We need to be careful. In a country where people are sick of political corruption and politics generally, the risk of populist extremism is particularly high. We sadly tend to take our democracy for granted way too often. We sadly tend to forget that 1,166 people died in December 1989 for us to have the right to think, act, and vote freely today. Simply because someone hasn't been involved in politics before does not make her/him qualified to represent the people's interests. The wave of extremism is building up all across Europe, and Romania cannot be the exception to the rule when our democracy's legitimacy is eroded every day by the current so-called elites. This November and surely in 2020 we will see battles between pro-democratic and extremist movements, and we'll have to make sure the former keep winning.

The future of Romanian democracy depends on keeping our hopes alive. Not as a expression of blind optimism, but indeed anchored into the belief that our current system can and will nurture a just society for all. So watch out for the exit polls tonight and for the final results in the coming days: we need at least a few new, honest and competent people winning key races across the country. That would probably be enough to keep our hopes alive for the months and years to come.