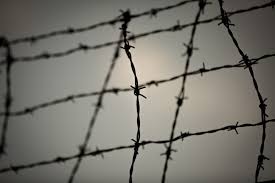 Dear Mr. President, my name is Sebastian Burduja and I am a Romanian who studied and worked in the United States for almost 12 years. Like millions of people coming to America in pursuit of happiness, I came to this great country with a dream of my own: to study and work as hard as I could and someday return home to give back through public service.

America has given me opportunities that I could never dream of growing up behind the Iron Curtain and in the complicated transition from communism. My American dream has come true so many times: I graduated from Stanford (BA) and Harvard (MBA-MPP); I worked in management consulting and at a prominent international financial institution in Washington; and, most importantly, I married the love of my life in Yorktown, VA, and three years later our daughter was born in the capital of the free world.

One of the first surprising things I learned about America’s democracy from my colleagues and friends is that there is a long and cherished tradition of people writing letters to their President. What a powerful testament to the bond between those who serve and those who should be served! As a citizen of the world, Mr. President, I would like to thank you for the opportunity to write to you today regarding an issue that is both timely and critical for American interests in Europe: the democratic future of the Republic of Moldova and its relationship with Romania.

Two days ago, HE James Pettit, the US Ambassador to the Republic of Moldova, made several public comments that have surprised many, sparking a debate about America’s positioning and interests in the region. Here are a few direct quotes from Ambassador Pettit’s interview with the Moldova 1 TV network: “Our policy […] is that Moldova needs to remain a sovereign and independent country”; “Joining Romania, for example, as a means to get into the EU or for whatever reason, is not a practical choice and it is not a choice that is going to make things better here in Moldova”; “Moldova is not Romania, Moldova has its own unique history and its own unique challenges.” In the same interview, Ambassador Pettit also argued that “Moldova should cherish the fact that it has always tried to maintain a balance between its large neighbor Russia and Europe” and welcomed the fact that “we are already seeing a slight improvement in the relationship with Russia.”

At the same time, the Republic of Moldova and Romania have always had a special relationship, based on their common Romanian language and their unique common history for many centuries. I know there are excellent historians in Washington and around the world who can show this much more clearly than I can in this brief letter. Beyond all the Soviet and the Russian propaganda, beyond all the deportations and abuses against the Romanian-speaking population, historical facts are painfully simple and clear: the Soviet Union annexed the territory between the Prut and Dniester Rivers in June 1940, based on the Molotov-Ribbentrop Pact. The effects of that egregious agreement between Stalin’s Soviet Union and Hitler’s Nazi Germany continue to be felt today by millions of people. My family, the Burduja family, is an example of this: we have relatives both in the Moldovan region of Romania and in the Republic of Moldova (Bessarabia). They have been divided decades ago not by a concrete wall, but by barbed wire raised on both sides of the Prut River. Not by their choice, but by the choice of two tyrants briefly shaping the destiny of their nations and of those other nations that happened to live peacefully between them.

Perhaps the idea of reuniting Romania and the Republic of Moldova, much like Western and Eastern Germany came together in 1990 upon tearing down “that wall,” is indeed impractical today, as some would argue. But certainly the question of unification should be answered only by the people of the Republic of Moldova and Romania, as free and sovereign states with the fundamental right to self-determination. These are indeed the deep values of American democracy praised for centuries as the beacon of hope for the entire world, particularly in times of darkness and turmoil.

Renewed threats and aggression from the East raise new and difficult questions. Failing to ask and answer them would be equivalent to turning a blind eye in the face of serious challenges to our region’s peace and prosperity.

History favors the brave and the prepared. The citizens of the United States, Romania, and the Republic of Moldova share the same values, ideals, and hopes in the battle against what President Kennedy called the “common enemies of man: tyranny, poverty, disease and war itself.” Therefore, Mr. President, the purpose of my open letter to you is not to push for any specific agenda regarding the Republic of Moldova and its relationship with Romania. This note merely seeks clarification on America’s positioning with respect to a vital region and key allies for the United States.

For Romania, the strategic partnership with the United States is and will remain the cornerstone of our foreign policy. We are honored to have fought for freedom and democracy alongside American troops in Afghanistan and Iraq. We are proud to host American troops on our soil, including the first land-based defensive missile launcher in Europe. We are thankful for all the opportunities that so many Romanians enjoy in the United States.

Mr. President, I am one of those Romanians. I recall the night of November 4, 2008. I still remember watching your victory speech at Tommy Doyle’s Pub and how your words resonated with me: “Tonight we proved once more that the true strength of our nation comes not from the might of our arms or the scale of our wealth, but from the enduring power of our ideals: democracy, liberty, opportunity and unyielding hope.”

This rings true even more around the world today. As you know better than anyone, the challenges we are facing, from Chișinău to Bucharest to Washington, require patience, dialogue, and everlasting commitment to the principles of democracy.

Thank you for taking the time to read my letter and consider these very important questions.