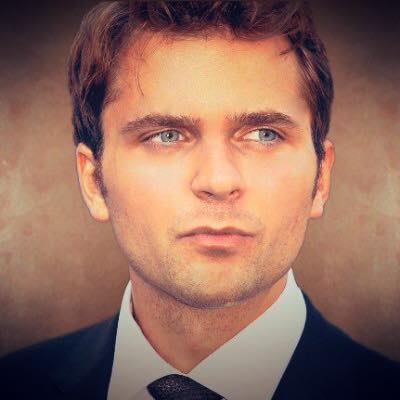 A new political platform was launched in Bucharest on Sunday by a group of non-political youngsters in nonconformist way. Returned in Romania from prestigious foreign universities, they pledged to make a ‘PACT’ for Romania.

The guests who attended the party launching were welcomed with “Civic Vanilla”, “Professional Watermelon”, “Active Orange” and “Transparent Mint” lip balm, and also with cupcakes bearing the logo of the new party.

One of the Youngsters’ Civic Action Platform (PACT) founders is Sebastian “Tianu” Burduja, who came back in Romania for good after spending 12 years in the USA. He set up the League of the Romanian Students abroad in 2009 and is also the founder of the CAESAR Foundation (the Center for Access to the Expertize of the Romanian Students and Graduates). Sebastian Burduja is the son of banker Marinel Burduja, who was Bancorex vice-president.

Sebstian Burduja said that ‘in order to be able to fight for Romania, we must first choose hope’, underlining that politics is made for and about citizens, while pleading for responsibility.

“Our pact starts with each of us, with each of you, this is the paradigm change that we need. Policy is about citizens (…) The simplest way is to leave the country or to keep complaining. Those who have been stealing our future for 16 years will keep doing that. It’s time to wonder not why the so-called political leaders are mocking at us, but why we are allowing them to do that anymore. Are we are ready (…) to fight our children’s rights, to make sacrifices for a better country? We are assuming a very hard fight (…) for we feel the responsibility to give something back to this country, where we were born and where we were educated,” Burduja said.

The host of the event, Marian Stas studied at the Military Academy and holds a master degree at John F. Kennedy School of Government within Harvard University in USA, where he teaches a summer class of applied mathematics in public policies. He said that the youngsters who founded PACT are “the most qualified of their generation”, urging them to take the helm. Stas also pointed out that PACT members are ready to work ‘day and night to give Romania back to its citizens and to build “a 3D Romania: democratic, developed and dignified.”