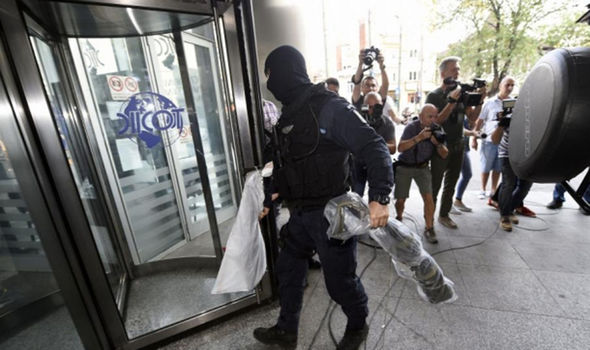 ROMANIAN officials have ripped into a Sky News report about illegal arms dealers in the country who said they would sell weapons to terrorists.

The report on Sky News saw journalist Stuart Ramsay meet illegal arms dealers in a remote corner of Romania who said they would sell weapons to any terrorists.

Mr Ramsay tweeted: "Calm down everyone. Story is true. Nobody paid. Nobody scripted. Weapons real. Arrests happening. Govt embarrassed. Deal with it.

“There is no subterfuge here. They knew we were a news organisation wanting to illustrate how getting a weapon is relatively easy and they believed we were going to buy them.”

He has also hit out at the "ridiculous trolling" from Romanians attacking him.

One minister has threatened to take Mr Ramsay to court.

The president of Young Civic Platform of Action, Sebastian Burduja, said Sky News "should be ashamed".